At a press conference on May 16, 2022, Governor Ron DeSantis discussed his plans for the Reedy Creek Improvement District following the passage of SB 4-C. The governor was quoted as saying, “Even though there are ways where you can potentially have local communities absorb jurisdiction over Disney, after seeing them threatening to raise taxes on their citizens, we are not going to be in a situation of giving them local control. More likely, the state will simply assume control.”

The governor went on to say that if he is re-elected in November, he and the Legislature intend to pass a bill during the 2023 spring legislative session that would transfer control of Reedy Creek to the state and transfer the existing Reedy Creek debt to Disney. He also discussed doing away with some of the powers afforded to the Reedy Creek Improvement District, such as the power to use eminent domain, in the planned 2023 bill. Governor DeSantis insisted that the existing Reedy Creek debt “will not end up going to any of these local governments.”

Per the governor’s statements, we may not get a clear answer on what the future holds for the Reedy Creek Improvement District until spring of 2023.

The Reedy Creek Improvement District (RCID) is a special purpose district created by a special act of the Florida Legislature in May 1967. It gives The Walt Disney Company governmental control over the land in and around Walt Disney World, straddling Orange and Osceola counties.

On April 22, 2022, following a public back-and-forth between Governor Ron DeSantis and Disney executives, the governor signed into law SB 4-C, which dissolves “any independent special district established by special act prior to ... November 5, 1968.” While the bill also affects a handful of other special districts, the RCID is the bill’s most notorious target. The dissolution is set to take effect on June 1, 2023.

What does SB 4-C mean for Disney, Orange County and Osceola County?

If the RCID ends up being dissolved, Orange County and Osceola County will each absorb their respective portions of the district’s land area. This means that services for the former district area will need to be provided by the counties, and future development will be governed by county rules and regulations.

Under the current system, Disney controls the RCID. When Disney is paying taxes to the RCID for utility, fire or road services, Disney is essentially taxing itself.

Upon dissolution, these service costs will be shifted to the counties. The company would still need to pay for receiving these services, but current state law requires that all areas of a county be taxed equally. Any new tax imposed to cover the new administration costs would apply countywide to everyone. The effect would be a tax break for Disney, as Orange and Osceola County residents subsidize the former district’s service tax costs.

Disney also pays roughly $58 million every year in taxes to service Reedy Creek’s bond debt. It is estimated that the RCID currently has around $1 billion in bond liabilities. Absent additional legislation, the bond debt would be transferred to the counties upon the district’s dissolution with no new revenue to offset this new cost.

Disney has since asserted that the state should be on-the-hook for the outstanding bonds as a result of promises that the state made to RCID bondholders in the 1967 special act establishing the district. Disney points to language in Section 56 of the Reedy Creek Charter where the state “pledge[d] to the holders of any bonds issued under [the] Act that it will not limit or alter the rights of the District to ... fulfill the terms of any agreement made with the holders of such bonds ... until all such bonds together with interest thereon, and all costs and expenses in connection with any action or proceeding by or on behalf of such holders, are fully met and discharged.”

Orange County Tax Collector Scott Randolph, a Democrat, has suggested that Orange County may have to raise property taxes between 20% to 25% in order to cover the new costs associated with Reedy Creek’s dissolution. This statement needs to be taken with a grain of salt, though, as potential tax implications are at this time only conjecture.

Under Florida Statutes § 189, counties may individually or jointly establish new independent or dependent special districts, but no such plan has yet been proposed by Orange County or Osceola County to cover the RCID area.

What does this mean for businesses operating in and around Reedy Creek?

Disney is not the only business that operates within the Reedy Creek Improvement District. Independent hotels, restaurants and retailers within the RCID, operating on Disney-owned lands, are wondering what the dissolution will mean for their businesses.

For entities in and around Reedy Creek that have existing or pending contracts with the RCID, the effects of dissolution are unclear. Likewise, current development projects that have obtained permitting approvals from the RCID are in a legal limbo, as the governing entity they obtained approvals from is now set to be dissolved.

The governor and legislature have indicated that SB 4-C is only a “first step.” We will likely receive additional guidance from the legislature in the form of follow-up bills in the coming year.

For now, each situation and each business will have unique legal issues to sort through as it relates to Reedy Creek’s impending dissolution.

If you have questions about how SB 4-C may affect you or your business, seek guidance from one of the experienced Florida real estate and business attorneys at Lowndes law firm who can help you navigate this emerging issue. 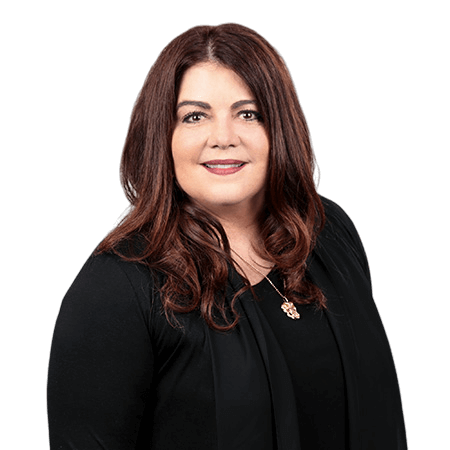 Jackie Bozzuto has extensive experience mapping out strategies for real estate development and finance for the hospitality industry and beyond. She has also assisted clients with acquiring portfolios out of bankruptcy estates, as well as multi-site and multi-state purchases and sales.

Goal-oriented, organized, gifted relationship-builder and connector of people. These skills, along with decades of experience in the restaurant industry, have earned Jackie the reputation of “trusted advisor” to clients.

Born and raised around her family’s commercial real estate, investment and management business in St. Thomas, Virgin Islands and later in south Florida, Jackie was exposed early on to running businesses smoothly. Her family operated restaurants for a number of years as well, and she transferred her love of all things culinary to advising clients on the operational side of the business. She helps clients, both locally and nationally, streamline their processes, develop acquisition programs and expand their portfolios.

Jackie’s experience mapping out strategies for real estate development and finance, including commercial leasing, extends beyond the hospitality industry. She has also represented clients acquiring hundred-million-dollar portfolios out of bankruptcy estates, as well as other multi-site and multi-state purchases and sales. In addition, she assists foreign entities and individuals with setting up optimal tax structures for ownership of residential and commercial property in the U.S.

Clients appreciate Jackie’s attention to detail, respect for their budgets, and commitment to getting the job done. They are also amazed by her ability to bring people together who will benefit from networking with each other. She is well connected in the Central Florida community, currently serving on the Governmental Affairs Committee of CFHLA (Central Florida Hotel & Lodging Association). A frequent speaker at high-profile hospitality industry events, she is the immediate past president of CREW-Orlando (Commercial Real Estate Women) and serves on numerous other boards and committees as well.

Beyond her service to clients and community, Jackie enjoys cooking, traveling, and race car driving.

Jackie has worked with many repeat clients, including: