The tides have turned in Ober v. Town of Lauderdale-By-The-Sea as the Fourth District Court of Appeal recently reversed its decision and revived the full impact of Florida’s lis pendens statute.  By withdrawing and replacing its August 24, 2016 ruling, the Ober court shifted its course from an unwarranted evisceration to a welcomed invigoration of the historical efficacy of Florida’s lis pendens statute—reinforcing the common understanding since 1971 that a buyer receives title to a property free and clear of liens arising after the lis pendens and before the certificate of judicial sale.

Under Florida law, a lis pendens provides formal notice to all interested parties of a pending legal action which may affect title to a given property.  Florida’s statute states that the recording of a lis pendens effectively bars the enforcement of any subsequently recorded lien against the property unless the lienholder intervenes in the proceedings within 30 days.  The statute also provides that anyone who acquires an interest in the property during the “pendency of the action” shall take that interest subject to the rendering of a final judgment in such action.  Thus, the question became whether the phrase “pendency of the action” meant that the lis pendensprotection continued to the date of the judicial sale of the property or only until the date of final judgment.

In Ober, the Town of Lauderdale-by-the-Sea recorded numerous code enforcement liens for violations occurring during the four-year hiatus between the final judgment of foreclosure and judicial sale of the property.  While the court’s August 24, 2016 opinion looked to related statutes and case law in hopes of discerning an operative word, the court’s new per curiam decision looks instead to the operative world—finding that extending lis pendens protection through the date of judicial sale “is consistent with how foreclosure suits operate in the real world.”

The court’s new decision properly accounts for the fact that foreclosure proceedings are unlike typical civil lawsuits, as much remains to be accomplished after the entry of final judgment (including the judicial sale, issuance of the certificate of sale and title, and prosecution of any deficiency claim).  In restoring lis pendens protection to the pre-Oberstatus quo, the court noted that in a foreclosure suit, “the final judgment is not the end of the road, but merely a way station to the final result.”

While lenders, borrowers, and junior lien-holders should find solace in Ober for restoring the law to how it has existed for the past 45 years, they should also take heed that the court’s decision—much like a final judgment of foreclosure—might not be the end of the road in resolving this issue.  Ultimately, the Town of Lauderdale-by-the-Sea may seek review from the Florida Supreme Court and/or the legislature may choose to amend the lis pendens statute to provide further clarification.  In the meantime, lenders can again find closure in foreclosure knowing that any liens recorded between the final judgment and judicial sale will be foreclosed by that sale and therefore will not adversely affect the marketability of title to the foreclosed property.

If you have any question regarding this ruling, please contact Gary Soles, Michael S. Provenzale or Peter Simmons, in the firm’s Creditor’s Rights & Bankruptcy Practice. (www.Lowndes-Law.com.)  All rights reserved. 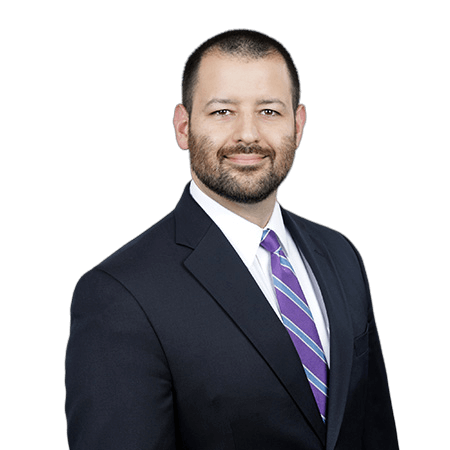 Mike Provenzale is a shareholder in the Creditors’ Rights Group, representing institutional and private lenders in commercial loan foreclosure and other collection lawsuits, receiverships, workouts, bankruptcies, and REO dispositions throughout the state. His litigation practice also includes business, real estate, and condominium litigation.

Additionally, Mike has experience in the area of Real Estate Transactions, Development and Finance, where he has represented a myriad of private and public clients in connection with the leasing, financing, acquisition, and disposition of commercial real estate, and has published several articles on current creditors’ rights and real estate issues.