There is a common misperception among landlords that licenses are more appropriate for smaller space even though the occupant is being granted exclusive use for a set period of time. As a result, you will often see documents labelled as a “license,” but containing all the essential terms of a lease. The size of the space does not govern whether something is a license instead of a lease. Parties should avoid this rhetorical mistake and refer properly to lease documents as leases and not as licenses.

Leases and licenses invoke different remedies under Florida law. Although a licensee is easier to remove than a tenant, wrongfully removing a tenant that is labelled a ‘licensee’ without process of law could result in a claim for unlawful eviction. Below is a brief discussion of the distinction between a lease and a license.

A lease will be found where the agreement grants exclusive possession of a defined space. See Homestead-Miami Speedway, LLC v. City of Miami, 828 So.2d 411, 413 (Fla. 3d DCA 2002) (finding a lease where agreement gave racing company “exclusive use” of city racetrack three days a year). On the other hand, a license does not confer an interest in the land but merely gives the licensee the authority to do a particular act on another’s land. See Turner v. Florida State Authority, 974 So.2d. In Turner, the Second District Court of Appeal distinguished the rights of a lessee and those of a licensee as follows:

A tenant under a lease is one who has been given a possession of land which is “exclusive even of the landlord except as the lease permits his entry, and saving always the landlord’s right to enter to demand rent or to make repairs.” A licensee is one who has a mere permission to use land, dominion over it remaining in the owner and no interest in or exclusive possession of it being given” to the occupant.

The distinction between a lease and a license, therefore, rests largely on a determination of the control the lessee/licensee possesses in regard to the land or tenement in question.

An additional factor which suggests an agreement is a lease and not a license is that it is made for a fixed duration of time. See Bodden v. Carbonell, 354 So.2d 927, 929 (Fla. 2d DCA 1978) (emphasizing that “the agreement was for a definite term of years”). In Outdoor Media of Pensacola, Inc. v. Santa Rosa County, the First District Court of Appeal described the “determinate period” of use granted by the contract as an “essential element” of the agreement that led to the conclusion that the contract was a lease. 554 So.2d at 616.

Finally, an agreement can be a lease even if the landlord has the ability to place restrictions on the lessee’s use of the space or operation of the lessee’s business. In Outdoor Media, the court determined that an agreement to place signs on all county rights of way was a lease and not a license even though (1) the agreement was not assignable; (2) the county had prior approval on the location of signs, could reject signs, could vacate any right of way from the agreement, and could remove any sign without cause; and (3) the sign company did not have the right to erect signs on any parcel it wanted. 554 So.2d 613, 616; see also Schloss, 63 Ohio Misc.2d at 463 (finding a lease even where property owners could influence “the quality of construction of the kiosk,” “would have control over the hours of operation,” and could control “the exact location of the kiosk” in the mall); Park, 1998 WL  at 4 (holding that restrictions on the operation of the business “do not affect the existence of the lease”).

The bottom line is that Florida courts will treat a document as a lease if it has the characteristics of a lease and will disregard the label placed on the document by the parties. In order to avoid confusion at the time of enforcement, the parties should properly label documents and avoid calling a lease a license. 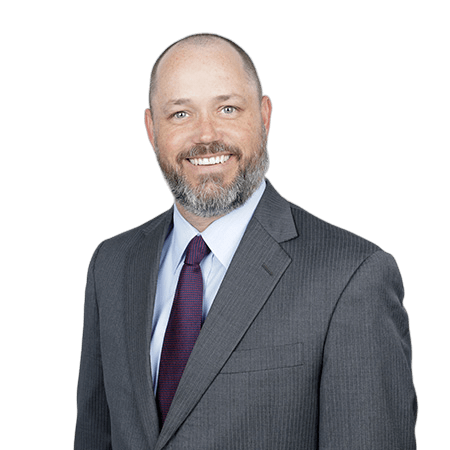 James Walson represents title insurance companies, commercial landlords, property owners, buyers and lenders throughout Florida – in both transactional and litigation real estate matters. His passion for advocacy began at an early age through watching his father, Pete, serve as a City Commissioner in Stuart, Florida and continued through high school and college as an award-winning debater.

Today, Jamie, as he is called by clients and friends, is a real estate lawyer representing title insurance companies, commercial landlords, property owners, buyers and lenders throughout Florida – in both transactional and litigation matters. He has negotiated commercial leases, purchase and sale agreements for retail space, office buildings and medical offices.

A fan of – and participant in – improvisational theater, Jamie counts on his humor in navigating difficult negotiations and litigation. He is an avid golfer, is on the board of the First Tee of Central Florida, and is a father to three boys.