Despite billions of dollars in funds remaining and available to the Paycheck Protection Program ("PPP") to provide small business loans, Congressional discussions to extend the program stalled last week, and the PPP loan program expired on August 8. While there were proposals to allow a second round of PPP funds to certain businesses and universal forgiveness for loans under a certain threshold amount, no such proposals have taken root, and the SBA will begin accepting forgiveness applications today (August 10).

In the first section—General Loan Forgiveness FAQs—Question No. 1 indicates that sole proprietors, independent contractors and self-employed individuals with no employees automatically qualify to use the 3508EZ forgiveness form.

Question No. 3 confirms that a borrower does not need to make payments on its loan prior to the SBA remitting the forgiveness amount, so long as the borrower submitted its loan application within 10 months of the completion of the Covered Period.

Question: If a borrower submits a timely loan forgiveness application, does the borrower have to make any payments on its loan prior to SBA remitting the forgiveness amount, if any?

Next, the SBA confirmed that the gross amount of compensation (the amount before deductions for taxes and benefits) should be used to determine an employee’s cash compensation, and that bonus and incentive pay are forgivable payroll costs so long as an individual employee’s compensation does not exceed $100,000 on an annualized basis.

The SBA then provided further explanation on forgiveness of health care and retirement benefits.

Question: What expenses for group health care benefits will be considered payroll costs that are eligible for loan forgiveness?

Question: What contributions for retirement benefits will be considered payroll costs that are eligible for loan forgiveness?

This section also addressed how to calculate the amount of owner compensation that is eligible for loan forgiveness and provided examples of this calculation for C Corps, S Corps, self-employed Schedule C or Schedule F filers, general partners and LLC members (see pages 4-6 of the FAQs for all examples).

Question: How is the amount of owner compensation that is eligible for loan forgiveness determined?

Answer: The amount of compensation of owners who work at their business that is eligible for forgiveness depends on the business type and whether the borrower is using an eight-week or 24-week Covered Period. In addition to the specific caps described below, the amount of loan forgiveness requested for owner-employees and self-employed individuals’ payroll compensation is capped at $20,833 per individual in total across all businesses in which he or she has an ownership stake. For borrowers that received a PPP loan before June 5, 2020 and elect to use an eight-week Covered Period, this cap is $15,385. If their total compensation across businesses that receive a PPP loan exceeds the cap, owners can choose how to allocate the capped amount across different businesses....

The SBA went on to address Loan Forgiveness Nonpayroll Costs FAQs. Question No. 3 confirmed that the “Alternative Payroll Covered Period” may be used for payroll costs only, and not for nonpayroll costs.

Question No. 6 cleared up what is meant by “transportation” costs, which is a forgivable non-payroll expense under the utility category. The SBA indicated that transportation means, “[a] service for the distribution of transportation refers to transportation utility fees assessed by state and local governments”.

The final Section—Loan Forgiveness Reductions FAQs—reiterated a few policies we have already seen. For instance, it confirmed that employers will not be penalized for a reduction in FTEs if the borrower offered to rehire, in good faith, such employees, but the employees declined to return. The answer also indicated that employers should notify the applicable state unemployment insurance office of any employee’s rejected rehire offer within 30 days of the employee’s rejection. It further provided that the documents that borrowers should maintain to show compliance with this exemption include “the written offer to rehire an individual, a written record of the offer’s rejection, and a written record of efforts to hire a similarly qualified individual”.

Question No. 4 of the final section explains how to calculate the reduction in forgiveness due to salary/wage reduction of employees and provides three examples as follows:

Question: How do borrowers calculate the reduction in their loan forgiveness amount arising from reductions in employee salary or hourly wage?

Example 1: A borrower received its PPP loan before June 5, 2020 and elected to use an eight-week Covered Period. Its full-time salaried employee’s pay was reduced during the Covered Period from $52,000 per year to $36,400 per year on April 23, 2020 and not restored by December 31, 2020. The employee continued to work on a full-time basis with a full-time equivalency (FTE) of 1.0. The borrower should refer to the “Salary/Hourly Wage Reduction” section under the “Instructions for PPP Schedule A Worksheet” in the PPP Loan Forgiveness Application Instructions. In Step 1, the borrower enters the figures in 1.a, 1.b, and 1.c, and because annual salary was reduced by more than 25%, the borrower proceeds to Step 2. Under Step 2, because the salary reduction was not remedied by December 31, 2020, the Salary/Hourly Wage Reduction Safe Harbor is not met, and the borrower is required to proceed to Step 3. Under Step 3.a., $39,000 (75% of $52,000) is the minimum salary that must be maintained to avoid a penalty. Salary was reduced to $36,400, and the excess reduction of $2,600 is entered in Step 3.b. Because this employee is salaried, in Step 3.e., the borrower would multiply the excess reduction of $2,600 by 8 (if it had instead selected a 24-week Covered Period, it would multiply by 24) and divide by 52 to arrive at a loan forgiveness reduction amount of $400. The borrower would enter on the PPP Schedule A Worksheet, Table 1, $400 as the salary/hourly wage reduction in the column above box 3 for that employee.

Example 3: An employee earned a wage of $20 per hour between January 1, 2020 and March 31, 2020 and worked 40 hours per week. During the Covered Period, the employee’s wage was not changed, but his or her hours were reduced to 25 hours per week. In this case, the salary/hourly wage reduction for that employee is zero, because the hourly wage was unchanged. As a result, the borrower would enter $0 in the Salary/Hourly Wage Reduction column for that employee on the PPP Schedule A Worksheet, Table 1. The employee’s reduction in hours would be taken into account in the borrower’s calculation of its FTE during the Covered Period, which is calculated separately and may result in a reduction of the borrower’s loan forgiveness amount.

Finally, the SBA confirmed that, for purposes of calculating reductions in the forgiveness amount due to salary/wage reductions in excess of 25%, the borrower should only take into account decreases in salaries or wages, and no other forms of compensation.

If you have any questions on PPP loans, please do not hesitate to reach out to our team. We remain committed to helping our clients through these difficult times.

For the latest COVID-19 updates and information, visit our COVID-19 Resource Center. 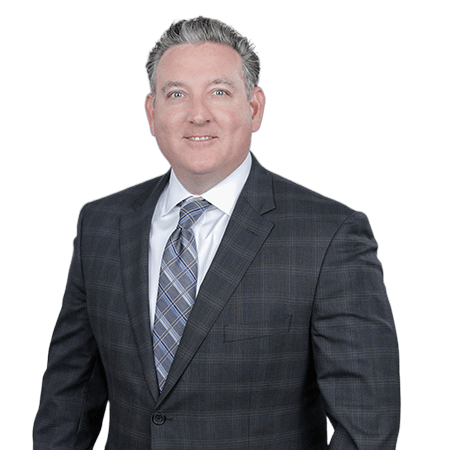 Getting the deal done requires flexibility, creativity, and efficiency. Clients and colleagues alike turn to Mark Heimendinger for his years of debt and equity finance experience, particularly in the commercial real estate and other asset-based arenas.

A seasoned pro who has seen the risks and iterations associated with both sides of a deal and all aspects of the capital stack, Mark understands that many contentious legal issues often mask a business concern – one that he likely has faced before. Even with the most complex and challenging negotiations, he is pragmatic, and focused on the client’s commercial goals.Mark’s clients include issuers, borrowers, lenders, and underwriters. He has negotiated and executed a variety of transaction structures, including term and revolving credit facilities, public bond financings, public and private securitization transactions (including CMBS), mezzanine financing, equipment financing, 144A and Reg. D offerings, repo agreements, syndications, currency and interest rate cap and swap transactions, underwriting agreements, intercreditor agreements, joint ventures, and jurisdiction-specific non-recourse structures. Within the real estate space, Mark has covered multiple asset classes, including hotels and leisure facilities, office towers, senior living facilities, and multi-family residential buildings.In addition to his Florida practice, Mark has years of both domestic and overseas “AmLaw 100” experience and has completed numerous cross-border transactions, mostly in the Asia Pacific region and in Europe. 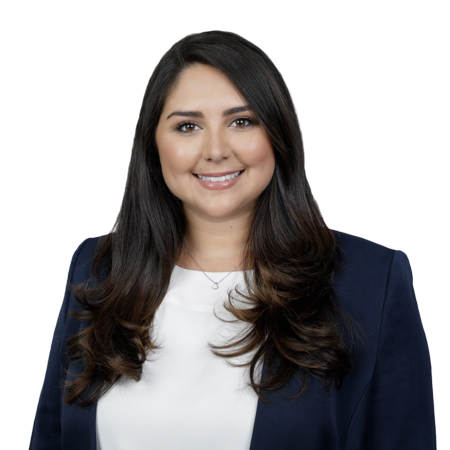 Nicole Cuccaro concentrates her practice on real estate transactions, real estate development and commercial leasing. She assists a wide range of clients with the acquisition, disposition, leasing and financing of commercial real estate in the retail and hospitality industries.

Before she focusing her practice in the area of real estate law, Nicole handled a variety of commercial and corporate litigation matters and regularly represented lenders and business entities.