Construction is a risky business.  During construction, claims for personal injury, property damage and economic losses are foreseeable and must be managed.  After completion of construction, warranty claims and claims for latent defects are proliferating.  Owners, developers and contractors must proactively understand and manage these risks if they expect to survive and thrive in today’s increasingly complex construction marketplace.  Discussed below are five important strategies for managing construction-related risks and positioning your company for success in the context of construction claims and litigation.

1.    Avoid Inconsistent Dispute Resolution Contracts.  Owners, developers and general contractors typically find themselves executing multiple agreements relating to the design and construction of improvements.  Whether one is an owner contracting with design professionals and one or more contractors or a general contractor contracting with an owner and various subcontractors, it is important to avoid having some of the contracts call for dispute resolution by litigation while others require arbitration.  Construction disputes typically implicate both design professionals and different contractor trades.  The most efficient way to resolve these disputes is getting everyone in one forum (i.e. either a lawsuit or an arbitration) in order to avoid the added expense and uncertainty associated with pursuing binding dispute resolution in two different forums.  Having construction-related disputes decided in different forums greatly increases the cost of dispute resolution while adding a significant risk of inconsistent determinations.

2.    Contract Tiebreakers.  It is often said that there is no such thing as a perfect set of construction drawings free of conflicts and inconsistencies.  The same may be said of construction contract documents.  It is not unusual for a construction contract to have 15 to 25 separate attachments, including all exhibits, to the base form of agreement.  The documents are frequently prepared by different parties and not infrequently contain conflicting or inconsistent terms and conditions.  Without a contractual term establishing a hierarchy of precedential value among these contract documents, the setting is ripe for disputes as parties will defend their conflicting positions based on inconsistent terms in the contract documents.  Without a precedential hierarchy of documents established there is no ready way to resolve the conflict.

3.    Indemnification.  Owners and contractors traditionally rely on indemnification clauses to transfer risks of claim activity on projects.  In Florida, the content of indemnity terms and conditions is regulated by Florida Statute, § 725.06.  Failure to comply with the requirements of Florida Statute, § 725.06 renders the indemnity paragraph void and unenforceable as a matter of public policy.  Accordingly, it is important to have the indemnity terms reviewed by knowledgeable construction counsel.

4.    Insurance.  Insurance plays an important and increasingly complex role in allowing owners, developers and contractors to transfer risks arising from construction-related claims.  Specifically, the use and import of additional insured coverage provided to the owner by the general contractor and to the general contractor by subcontractors has increased significantly over the past few years.  Insurance carriers, however, have reacted to the increased exposure of such risk transfers by adding Endorsements to insurance policies that restrict the effectiveness of the additional insured coverage.  In the absence of specific terms in the underlying construction contracts, carriers now are frequently denying coverage for the additional insured or claiming their insurance is excess over the additional insured’s own insurance.  Again, it pays here to have a knowledgeable construction attorney review the contract terms to ensure the proper insurance language is present to avoid the coverage defenses frequently now being claimed by the insurance carriers. 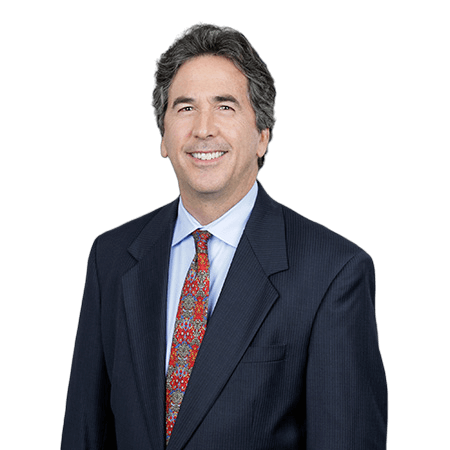 Formerly an Assistant State Attorney, Michael tried over 65 cases through verdict ranging from battery and DUI to Armed Robbery and Felony Murder. He has tried a variety of civil cases as well, and has substantial experience litigating ADA (Americans with Disabilities Act) cases in Federal Court under Title III of the ADA where accessibility to public accommodations is at issue.

Accredited by the Green Building Certification Institute as a LEED (Leadership in Energy and Environmental Design) Green Associate, Michael is a frequent speaker and author on the subject of managing risks in sustainable design and construction contracts. He has significant experience drafting and negotiating design and construction contracts incorporating sustainability principles including LEED standards.