Jacksonville, Florida based supermarket chain Winn-Dixie Stores, famously known as “The Beef People” when I was growing up, has been battling a visually impaired plaintiff who sued the company alleging that its website violated the Americans with Disabilities Act. While a host of Florida federal district courts (trial courts) have found that websites are “public accommodations” under the ADA, yesterday the federal Eleventh Circuit, in a split decision, disagreed based on the facts of the case and ruled in favor of Winn-Dixie.

The Eleventh Circuit ruled that the ADA does not apply to a website because “website” is not listed in the description of public accommodations in the statute itself or the regulations promulgated thereunder—a strict construction analysis. The court also rejected arguments that a website that is not equally useable by a disabled person creates an “intangible barrier” to use of the related physical location. (Intangible barriers are unlawful under the ADA.) In the case, Winn-Dixie fairly admitted that its website was not designed for use by a web reader for the visually impaired.

The court’s ruling focused on the fact that the plaintiff could choose to use the physical location instead of the website since the website was only designed for “limited use.” In other words, although Winn-Dixie’s website provided some services from the company and third-party vendors, the company mainly depended on its actual stores to make sales.

The Eleventh Circuit differentiated this type of “limited use” website from websites that are the only way a person may interact with the business, citing a Domino’s Pizza case where orders were required to be made online. In so ruling, the court rejected an argument that an ADA violation could occur if the website merely had a “nexus” with the accused company and directed that the website must instead be “necessary” (not just reasonable) to the operation of the business.

In so holding, the Eleventh Circuit joins the Third, Sixth and Ninth Circuits setting up a split with the First and Seventh Circuits, which means it could be heard by the Supreme Court. Likewise, the court was split in its decision with a vigorous dissent by one judge. It remains to be seen whether the plaintiff will petition for a hearing en banc before all the judges of the Eleventh Circuit or if that request will be granted.

It is worthy of highlighting that the Eleventh Circuit in so ruling clearly move the crosshairs to point squarely at web-based companies. Thus, perhaps, some website ADA cases in Florida will be curtailed, but clearly not all. The court also did not provide a bright line for when a website tips from an ancillary (my word) to a “necessary” website which leaves the door open. Similar litigation is also rampant with respect to Fair Housing Act cases, such as allegedly inaccessible websites for multi-family residences, but not per se decided by this ruling.

As a “Litigating Tech Lawyer”, I have written, spoken and otherwise expressed my general dismay, opprobrium, calling for fire and brimstone (metaphorical of course!) over website ADA suits. This is mainly because often only a demand letter is sent or perhaps a copy/pasted complaint which is encouraged to be settled for an amount that makes litigating a bad business decision. Now, this is not to say that websites should not be accessible by persons with disabilities. Rather, this cottage industry does not serve the best interests of the disabled community or the Bar because the settlements are loosely written, have long timelines for resolution and not subject to any oversight. They are squarely nuisance suits.

Instead, the cure for this ill is for the government to enact law (or regulation) if it was its intent to cover websites, and then to issue clear and reasonable regulations (none currently exist). What we have now is the Wild West which does not serve the best interests of anyone.

But you ask, how did Winn Dixie shoot itself in the foot? I am not sure that a business fighting a visually impaired person over that persons admitted inability to use its website is necessarily the right marketing image in 2021. You be the judge. 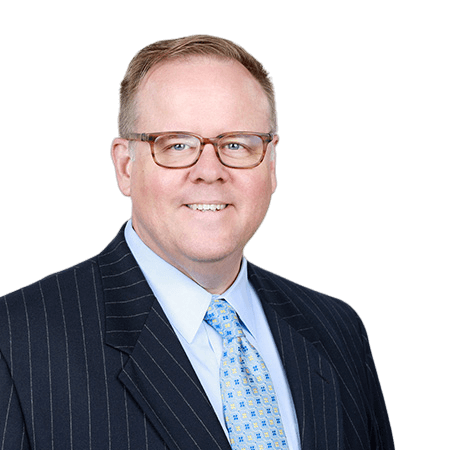 Drew Sorrell is a seasoned business lawyer with particular expertise in technology, cybersecurity and privacy issues. With an MBA in marketing and finance, he approaches clients’ legal issues with both a practical business bent and a self-described geeky love of technology.

Drew enjoys working with CLO’s, CIO’s, CTO’s and technology owners at businesses of all sizes in every phase of their legal needs. He assists them on the front end, drafting and negotiating software licenses, Internet service provider agreements, data privacy/breach policies and procedures, and employment/services agreements as well as the indemnity and insurance coverage related to those agreements. He advises clients on the GDPR and state-specific regulations, penetration testing and security audits. He also has years of experience handling matters when things go wrong, including data breaches, privacy issues and other technology or software problems.

A founding member of the Sedona Conference Group 11 (Privacy/Data Security), Drew is frequently asked to speak and write on legal and ethical issues arising from technology, including unfair and deceptive trade practices, data breach, privacy, data governance, and technology contract drafting. He is chair of the firm’s multi-disciplinary Data Governance Group as well as the past chair of the Orange County Bar Association’s Intellectual Property, Business Law and Technology Committees. Drew is also the past president of the Orlando Chapter of the Federal Bar Association.

Outside the technology arena, Drew has substantial expertise in both contracts and commercial litigation. In addition, he has experience assisting clients with government contracting. Drew began his legal career as a judicial clerk to Senior United States District Judge John H. Moore II, in Jacksonville, Florida, and then practiced with an AmLaw top 10 firm in Manhattan. After a stint as an assistant county attorney responsible for day-to-day legal advice and litigating civil issues for the county, Drew returned to Lowndes. Drew is admitted to practice in Florida, New York and the District of Columbia.

Born in Florida, Drew roots for his adopted football team—the FSU Seminoles (because neither Rollins nor George Washington has a football team). He is the proud father of two sons who wrestle and play the euphonium, make great grades and generally keep him on his toes.