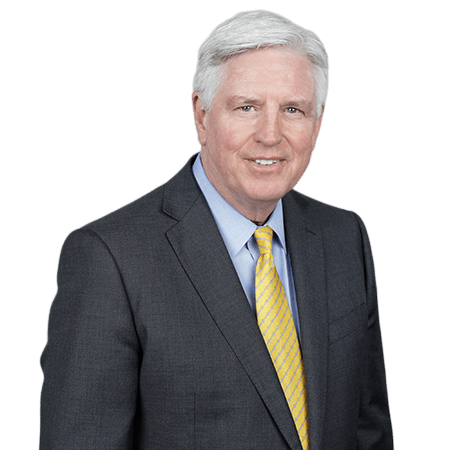 Michael Ryan’s clients are optimistic visionaries who have helped to build Central Florida into the thriving community it is today.

From his representation of the Orange County Research and Development Authority which acquired, financed, developed, managed and marketed the highly successful 1,000-plus-acre Central Florida Research Park, to the University of Central Florida’s planned teaching hospital at Lake Nona and their downtown campus in Orlando Creative Village, Mike and his clients have had a hand in many of the significant projects that have shaped this Central Florida community.

With years of experience representing developers and lenders in complex real estate transactions, Mike’s problem-solving and organizational skills, his industry knowledge, and his dedication to client service have proved invaluable to his clients.

Mike had not always planned for a career as a real estate lawyer. In college, he studied mathematics and enjoyed subjects such as linear algebra, differential equations and complex analysis. He also had a passion for government studies. With summer jobs at a landscaping firm while in college and a full-time job managing an apartment building while in law school, it was only natural that his academic and work experiences would lead Mike toward a real estate practice.

Throughout the many Florida real estate booms…and busts…Mike’s background as a problem solver has been particularly helpful in his representation of developers, investors and lenders in complex real estate development and finance transactions – both public and private.

Earning a reputation for keeping a deal moving through to completion, regardless of the economic climate, Mike’s skills naturally led to representation of lenders and investors in acquiring and disposing of distressed assets during economic downturns. His experience was particularly helpful in analyzing and resolving title problems, confirming land use entitlements, understanding community development district assessments, and recapturing control of homeowner/property owner/condominium associations.

“My success is tied directly to helping my clients succeed,” Mike asserts.

When he is not spending family time in Winter Park with his wife, Theresa, their daughter and granddaughter, Mike can be found on the golf course, or working with Theresa on the landscaping in their yard. He and Theresa also spend time at their home in Ireland where they are very much in touch with their Irish roots.